The Maenam Wildlife Sanctuary is located above the Tendong hill in the northern corner of the South Sikkim district. It is located on the Maenam-Tendong ridge which runs north-south bisecting Sikkim longitudinally. The sanctuary covers a total area of 35 sq kms. The term ‘Maenam-La’ stands for the ‘treasure house of medicines’. The name of the sanctuary suggests a rich collection of different medicinal plants available in the region. The wildlife sanctuary was established in the year 1969. 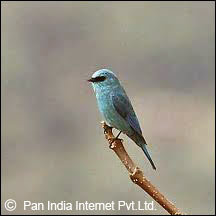 The climate of the Maenam Wildlife Sanctuary is wet and moist. The average rainfall of the forest is more than 300 cms. Snowfall occurs in the higher areas of the sanctuary during the winters.

There is also a historical Buddhist monastery on the top ridge of the sanctuary. This sanctuary is named Maenam Gumpha. It was set up the Queen of Sikkim in 1969. There is also a temple of Lord Shiva here.

Are you a Business Owner?

Add the products or services you offer